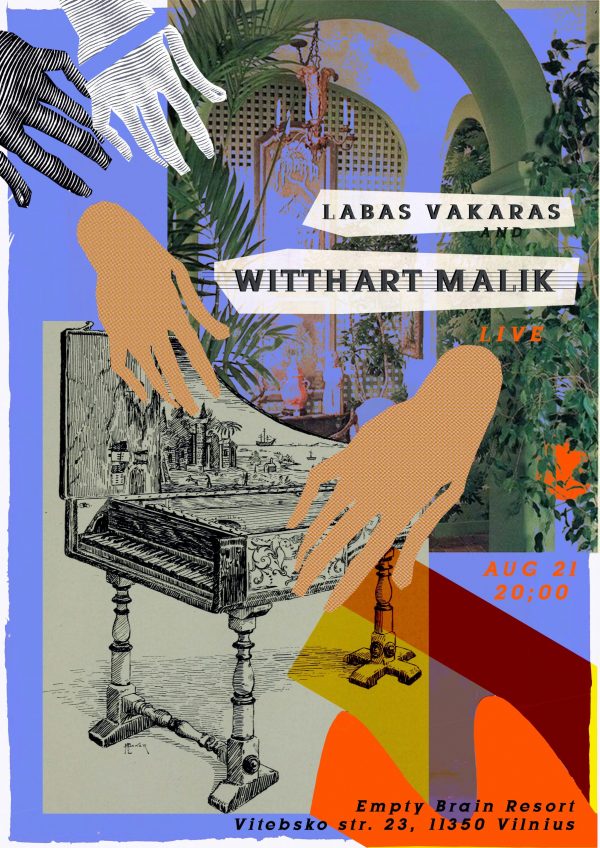 Coming to Vilnius on Saturday, Aug 21st, 2021: avant-garde Bach virtuoso Witthart Malik (born 1944 in Kaliningrad), who once played for beatnik legend Allen Ginsberg in 1972. Malik will perform Bach’s „The Art of Fugue“ on a harpsichord constructed solely for the reinterpretation of Bach’s oeuvre by Malik himself.

WITTHART MALIK studied conducting, composition und the organ in Hamburg and Berlin as well as musicology, literary studies and art history in Freiburg, Munich, Hamburg and Berlin. He has played countless concerts of medieval, Renaissance and baroque music (especially Bach) all around Europe, and has done various recordings for radio, film and television. His account of Bach’s works is considered unconventional and it is particularly valued within the jazz and rock communities.
http://witthartmalik.de/

LABAS VAKARAS
is a project of local and visiting musicians. Original music written in Denmark inspired to collaborate and together look for traditional – yet very different instrumental sound.