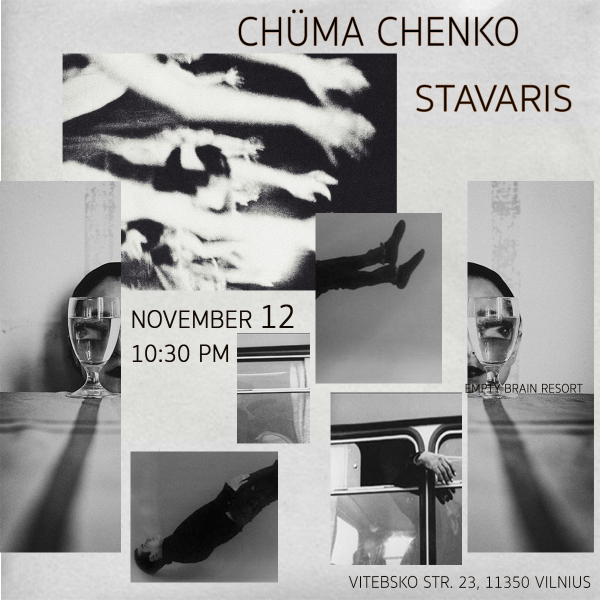 An old timer in Lithuanian alternative music scene Marius Stavaris is best known for being the mastermind behind such bands as VRR and Darbo Džiaugsmai. Searching for new and unexplored sound variations Stavaris always tries the audience with satiric, socially provoking texts yet keeping everything in tact.
Stavaris founded VRR around 1994 after seeing The Fall live. Inspired by them and other bands from Manchester the project first went for a more post-punk sound but soon moved into broader experimentation and even though It went through many line-up changes, Marius always kept It consistent. The project is kind of on hiatus at the moment, yet it’s last years brought performances in various clubs and festivals around Lithuania as well as the abroad and an EP in vinyl format on the Dutch label Bordello a Parigi in 2014.
Later on Stavaris moved on with the project Darbo Džiaugsmai embracing an African music inspired indie vibe, as well as producing music for theatre and performance. At the moment he’s doing an electronic driven minimalist yet danceable solo programme.
Bandcamp:
https://stavaris.bandcamp.com/
Latest video clip:
https://youtu.be/Gn1Re-CrAvg