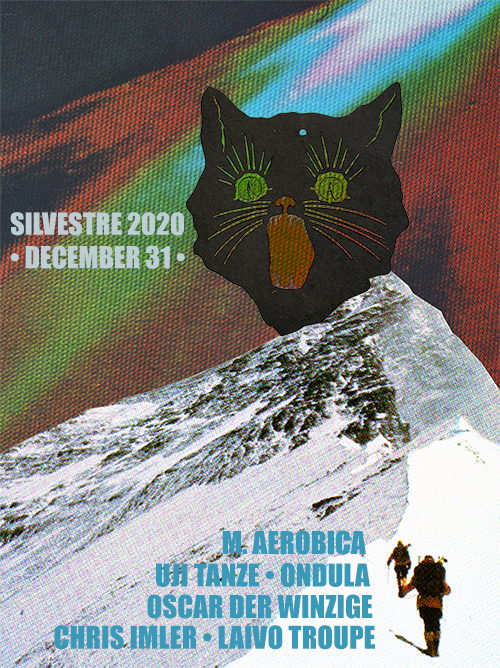 CHRIS IMLER
“Imler caused a stir, hypnotically moving his hands and hips in a salacious and undulating dance.” (The Moscow Times) The kinetic magic of his wicket playing style makes him the voodoo priest of Berlin’s music scene. 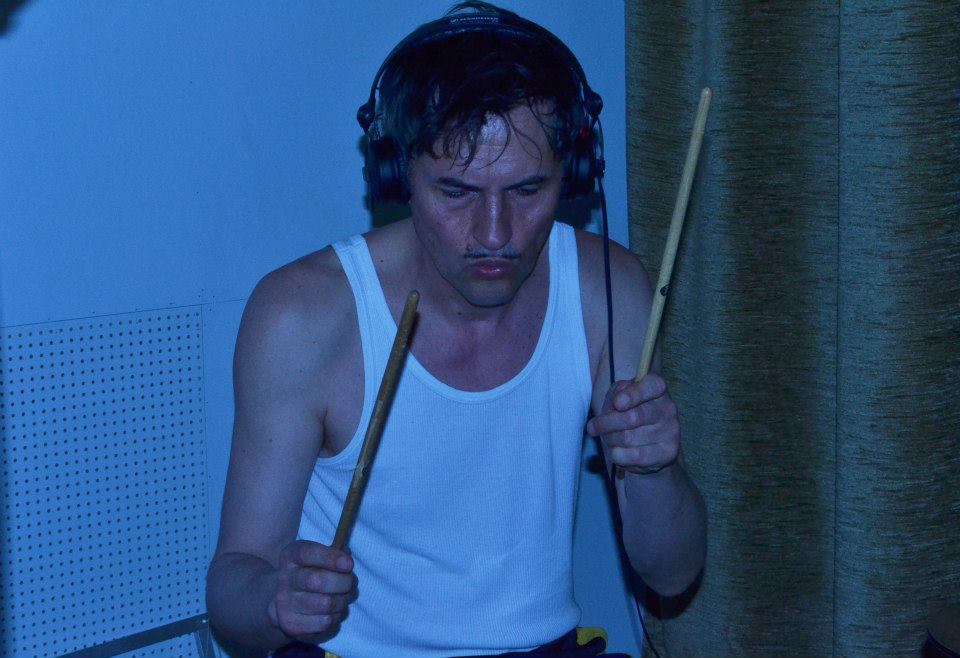 He was a member of the legendary “Golden Showers” and has also played and plays with “Soffy O”, “Peaches”, “Electronicat”, “Puppetmastaz”, “Oum Shatt“, „Die Türen“ and many others, more recently he has been collaborating with Two Monkeys. In 2012 a 7Inch, his solo debut, came out on the belgium label “Meeuw”. It features the exhilerating and disturbing song “Vorwärts”, textwise a mixture of gloomy si-firomanticism and socialist hymn. He released the albums “Lemniscate” 2011 (a soundinstallation, developed during a residency at the Robert Wilson Institute in NY), “We are The World” 2013 as “Driver&Driver” with Patric Catani and his solo-albums “Nervös” 2014 and „Maschinen und Tiere“ 2018 on the labels “Sonig” and “Staatsakt“. Delay-alienated vocals and jarring drums, accompanied by booming basses and hypnotic loops is the sound of „the master of the good bad-mood-tune“ (Verbrecher Verlag), eternally touring through Europe. It simply can be said, that Imler „preserves fire rather than worship ashes” (G.Mahler).

He says YES to a cheerful imposition and to an anarchic variety of austerity, NO to premature customer service and petrified resistance formulas. He knows time is a moving target, and whoever wants to beat it to death must adjust their weapons. At large his lyrics describe the stones that late capitalism lays in your way “I lost my bag on the way to Vienna/I wanted to save myself from ruin (…) I deserve never to get what I deserve /Do I deserve the war I get /Did I deserve to derail with all my trains” he sings in “Fahrvergnügen”, and the cheerful pessimistic “Nach Unten” (downwards) leaves no doubt about the final destination of the journey: “It goes down / It goes down / To the dogs tied up in front of the customer centre” (translated from German). But also the journey into the abyss can be an adventure, and a better instruction guide is really hard to wish for.c

ONDULA https://soundcloud.com/ondula
Ondula delivers through her musical approach an unorthodox way to reach the emotions behind the shell. Record and cassette collector based in Berlin since more than a decade, Ondula was always and is still purchasing the singularity of any sonic experimentations – behind the desk with her library of musical rarities, with her partner on stage under the name of As Longitude. The emphasis on the right wave of frequencies and on the dreamy groove can be understood as a statement towards the listening experience.

OSCAR DER WINZIGE https://soundcloud.com/derwinzige
Oscar der Winzige is the founder of Sucked Orange, a gallery in Berlin, based on rituals and lucid dreams. Son of a collector of avant-gardedementia artefacts, forgotten universes and hidden histories, “Der Winzige” continues his fathers work in the most private way possible; through re-realising this music with a select audience, keen to discovery new musical territory, hungry to push new boundaries and explore their own limits of fantasy. The experience is not solely musical. This is just one key in gaining a deeper understanding of a world, enriched by friendship, the collective experience and self-discovery.

M. AEROBICA https://soundcloud.com/aerobica
M. Aerobica thrown by the square lifebuoy M. Aerobica propels a reliable music into the digital age. He delves into sounds, which at a first glance may seem not sensuous but familiar, and uses it as a tool to communicate. Unexpected compositions, rhythmic experiments, catchy travels, some undiscovered pop songs, and the whole passion found in an inexhaustible musical subculture might be expected in M. Aerobica’s dj sets.