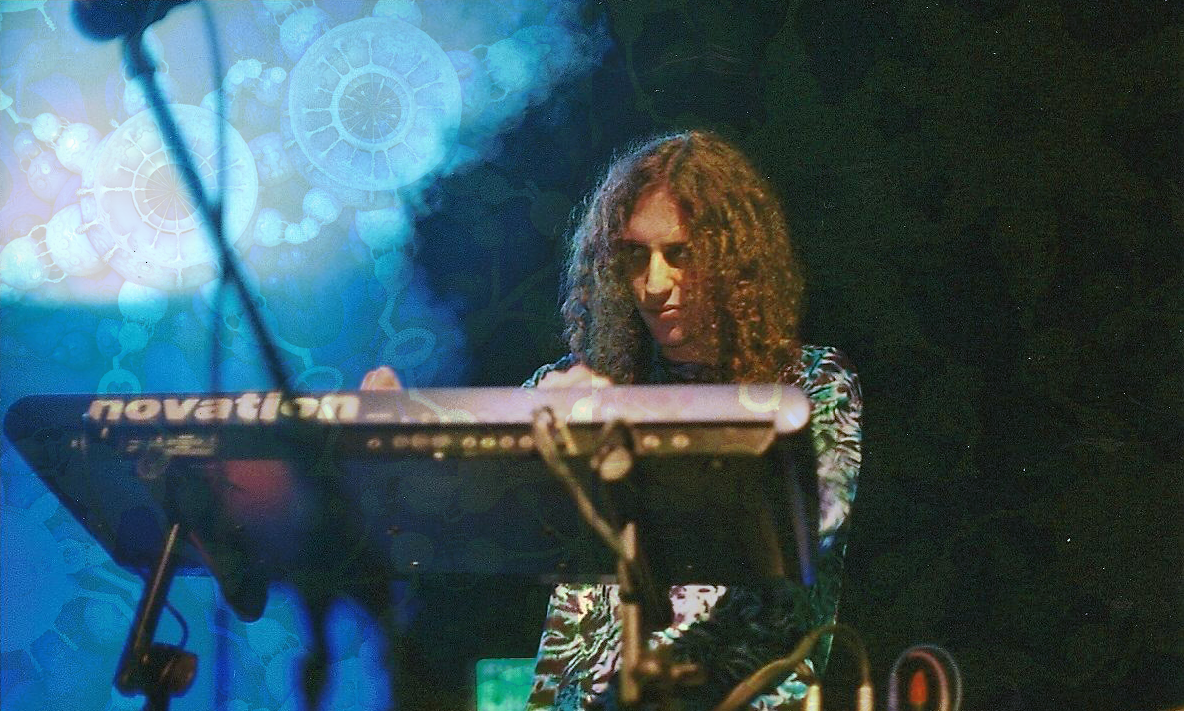 Silas Neptune is a keyboard player for the indie cult band Ozric Tentacles which is active since 1983. Most of psychedelic fans should be familiar with the band, but most probably due to barriers, fences and walls are still not.

We are trying to bring Ozrics for a show at Braille Satellite festival in 2019 and this is a good occasion to get acquainted with one of the family members by showing some support and facilitate our challenge in that way.

Silas Neptune newly released debut solo album “The Scales of Tahuti” is a journey through secret realms and far off dreamscapes, an exploration of the nature of the cosmos. Recorded in Colorado atop a mountain amongst the clouds, the music takes us high above the world for a while.

Silas is a unique musician with an evocative sense of harmony and a knack for enchanting melodies. Navigating a range of instruments, primarily synthesizers and guitar, but also Turkish saz and fretless bass. In his hidden sonic laboratory Silas experiments with musical alchemy, creating multidimensional soundscapes which take us into the waters of imagination. As expected, the listener tastes an instantly recognizable flavor, akin to the parent band, but with tones of fresh new character and a modern Electronic sound.

Since before he understood what music was, Silas was submerged in the swirling psychedelic sounds of Ozric Tentacles, his father Ed Wynne being the lead and founding member. As a child Silas’s bedroom was directly above Ed’s studio and he would hear other worldly frequencies resonating the floorboards as he drifted into Dreamtime. Inevitably the harmonic currents surrounding him were too much to resist. He first entered the musical domain as a guitarist before learning keyboards and joining the Ozrics to take responsibility for a multitude of strange noises and daring synth lines in odd time signatures.

“The Scales of Tahuti” takes us through whirlpool mandalas into colourful dream worlds woven with the fabric of synthesis. While there are no lyrics, the songs tell stories open to our own imagination. The album guests various members of the Ozric family: Ed Wynne, Brandi Wynne, Joie Hinton (Eat Static), Mantismash and more. His musical influence comes from many sources, reaching back to classics of Maurice Ravel and Debussy and forward through time to Tipper, Ott, Shpongle and the alien dreams of Jon Hassell. Often experimenting with the use of microtonal intonation to intensify the evocations within the harmonies; Ancient Pythagorean tunings, Turkish intonations, and use of quartertones to create new unheard Scales and Modes. Silas breaks the rules of traditional music while still paying homage and respect to its roots.

In an attempt to unravel the fabric of space-time, this music is the result of Silas’s ventures into the unknown. Surrender yourself to the sounds of Silas Neptune and let them take you on a journey through Infinity.

M. Aerobica is thrown by the square lifebuoy used to propel a reliable music into the digital age. He delves into sounds, which at a first glance may seem not sensuous, and uses it as a tool to communicate. During the set’s you might expect unexpected compositions, rhythmic experiments, catching travels and freeing shock therapies, undiscovered pop songs during the breaks, and a whole passion found in an inexhaustible musical subculture.