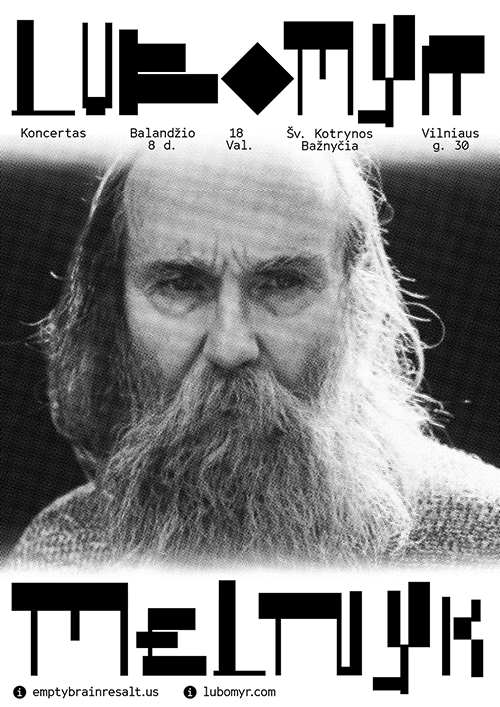 Born in the Ukraine in 1948, Melnyk fell for the piano at an early age. Given lessons as a young child after his family emigrated to Canada after the iron curtain came down, he was immediately transfixed by the possibilities of the instrument. “On the piano, you can create whole worlds,” he reflects. “I realised that it could be an orchestra, a choir of sound.”

After studying classical piano and graduating with a degree in Latin and Philosophy from St Paul’s College in Winnipeg, in the early 1970s Melnyk found himself in Paris. Homeless and in desperate need of money, he supported himself by accompanying dance lessons for a company run by the experimental choreographer Carolyn Carlson. The experience became a kind of epiphany: watching Carlson’s dancers, he began to play a new kind of music, spontaneous and improvisatory – responding not to rigid classical conventions but the dance he saw unfolding. Using the sustain pedal to create echo and reverb, he transformed free-flowing cascades of notes into hypnotic waves of sound. Eventually he found a name for this new style: ‘continuous music’, which he uses to this day.

Critics have detected the influence of Ravi Shankar and other Indian styles in Melnyk’s music, along with the insistent, repetitive textures of minimalist pioneers such as Steve Reich and Philip Glass. Melnyk himself cites his debt to the American composer Terry Riley, particularly the legendary 1964 work ‘In C’, which he says “opened the world for me”. But he adds that if you listen carefully, you’ll also be able to hear the lilting contours of traditional Ukrainian folk music.

It might be truer to say that there is genuinely nothing quite like Melnyk’s work: a unique musical pioneer, he has defiantly carved his own path. “I don’t say to people I’m a composer,” he declares. “I don’t know what I am.”

Melnyk composes, as he plays, at the piano, feeling out lines and individual rhythmic cells that bubble, undulate and gradually expand into vast, interlinked frameworks. Asked to describe what it’s like to live inside his music, he says “my whole body is transformed as I play, it honestly feels like that. My fingers feel like the winds of the world; it feels like you’re physically transcending dimensions.”