We suggest to spend the carnival time in the resort. A band called Kröter is coming to play a show, Fiauxanadu will do a warm-up, Simonas Nekrošius will perform self-made acoustic instruments and a film club “Plateau” will make an installation. All of this, for a solid closure of our short period at the house in Dūmų street.

Since their foundation in 2016, this band have trodden a path between genres.

Combining the shapeshifting, and evolving qualities of the creatures they named themselves after- Kröter (Toad) can be tadpoles wiggling in jazz pop ponds, then sprouting back legs they begin to jump around in techno and krautrock even hopping casually onto land for a moment to sound like some fucked up radio play.

Henry Sargeant, former singer of Wevie Stonder and Mr. Vast, known for his Absurdist Opportunism, is the bands vocal artist. Needless to say the humour from Sargeants previous projects is also here but this time tempered with alarming moments of emotion and sincerity. Switching between stories and more traditional song structures as well as other less definable self made language experiments, the mouth of Kröter can flick out a tongue which could catch any fly!

Christoph Rothmeier, drummer of the band Hunger is handling simultaneously the drums and a pack of genuinely unpredictable synthesizers. To this blunt yet agile rhythm section he adds wood trumpet and an impressive array of home-made percussive instruments. All of which blends seamlessly into a common sound, glued and moulded by the oily interaction with the bass and guitar playing of Jo Zahn whose nutritious slide guitars and blues riffs, noise bass and invented chords are chewed up, and spat out again with aplomb.

Kröter are perhaps best understood live. Always improvised, the sets are based on their pool of formerly recorded pieces. Visually they are “full on” …Expect self-made costumes, weird stage designs and videos. Slippery in water, on land and somewhere in the swamps between – this amphibian troupe are delightfully hard to define… indeed at times they are deliberately provocative and abstract, but If we are up to the challenge, it seems these magical creatures are inviting the listener into unexplored terrain, intangible and intensely present! 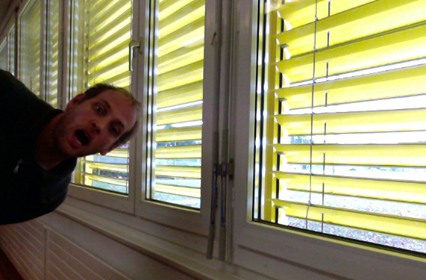 Made in calm Switzerland. With keyboards and passion. A big slice of trance here. And a pinch of tension. Arpeggiated one man band doing improvisation. 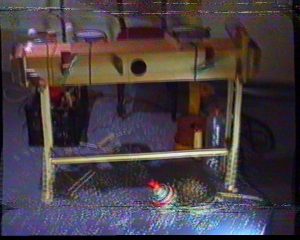 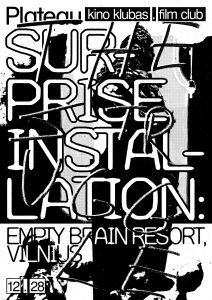 Filmclub “Plateau” takes a surprise direction by setting up a moving film installation in one of the narrow spaces of the Empty Brain Resort. This time it gets inspired by the battle grounds and fights in today’s society, while looking for images representing and questioning struggles against colonialism and all sorts of racisms. It’s about the struggles of people, plants and other earthly creatures. Politics and poetics of film is what totally drives us, just to remind you. Meet you in the hallway ! -auste & gaile

Rugile
most often she builds up from the ground, taking to the journey with an almost mesmeric fusion of industrial, experimental and tribal rhythms. In her DJ sets, she is keeping a groove from hard drums and combines bright and positive moments with the dark meditative piece. Rugile makes your high momentum closer to feel uplifted & illuminated
https://soundcloud.com/hellorugile/sets/rugilemixtapes

M. Aerobica
is thrown by the square lifebuoy used to propel a reliable music into the digital age. He delves into sounds, which at a first glance may seem not sensuous, and uses it as a tool to communicate unexpected compositions, rhythmic experiments, catching travels, freeing shock therapies, some undiscovered pop songs during the breaks, and a whole passion found in an inexhaustible musical subculture
http://soundcloud.com/aerobica
http://soundcloud.com/octatanz