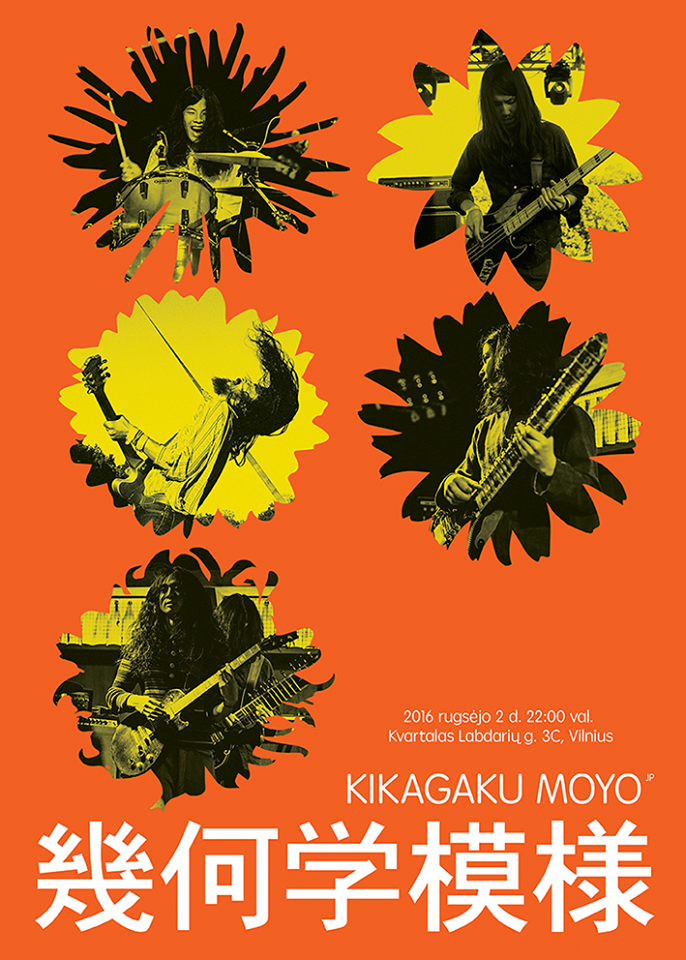 Kikagaku Moyo / 幾何学模様 started in the summer of 2012 when Go Kurosawa and Tomo Katsurada were forced to play on the street due to complaints from the neighbors in their Tokyo apartment complex. They met bassist Kotsu Guy while he was recording vending machines for his noise project and guitarist Daoud Popal through at the university Tomo was attending. Go’s brother Ryu had been studying Sitar in Kolkata, India. What started as a free music collective quickly evolved into a tight group of multi-instrumentalists.
Extensive touring in Australia, the U.S, U.K. and Europe has earned the band a fierce live reputation and a dedicated fan base around the world. In three years the band has managed to release four LPs and split singles with Moon Duo and Kinski.

Live excerpt from a concert