I saw it twice, you need to see it: Theory of Obscurity: A Film About the Residents by Don Hardy 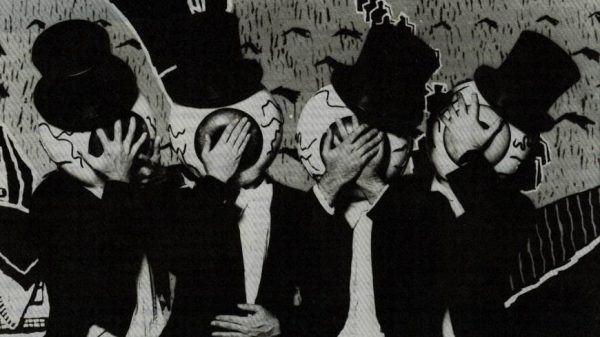 Theory of Obscurity tells the story of the renegade sound and video collective known as The Residents. A story that spans 40 years and is clouded in mystery. Many details surrounding the group are secret, including the identities of its members. Our film takes viewers inside this incredibly private group with unprecedented access to their archives and their recent 40th anniversary tour. The Residents have released more than 60 albums, performed all over the world and inspired many people to be weird, take chances and find their own voice. Now, our film will introduce The Residents to a whole new generation.