I saw it twice, you need to see it: Space is the Place by John Coney 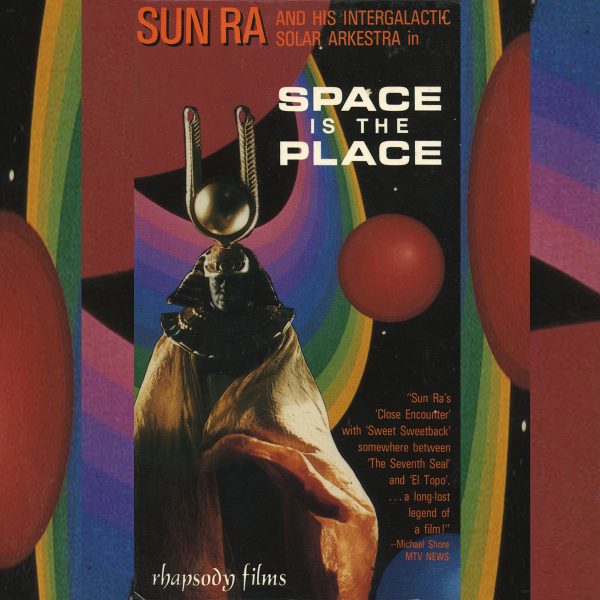 “Avant-garde jazz musician Sun Ra stars in the movie version of his concept album Space is the Place. Not following a linear plot line, this experimental film is a bizarre combination of social commentary, blaxploitation, science fiction, and concert performance. The opening scene is set in an intergalactic forest, with Sun Ra introducing his plan to use music as salvation for the black community. Back on Earth, he wears a disguise as Sunny Ray, a piano player in a 1940s Chicago strip club who causes an explosion with his sounds. Switching to a scene in a desert, he plays a card game called ‘The End of the World,’ with the Overseer (Ray Johnson), who is dressed in white and drives a white Cadillac. Sun Ra pulls out a spaceship card and the Arkestra play the song ‘Calling Planet Earth’ as their spaceship lands in Oakland, CA. Perpetually dressed in sparkling gold robes and headdresses, he sets out to save the black people from oppression. He visits a community center and sets up the Outer Space Employment Agency, occasionally switching back to the desert to continue his game with the Overseer. Eventually, Sun Ra gets kidnapped by two white guys and forced to listen to ‘Dixie’ on headphones, but some kids from the community center save him just in time for the live concert conclusion.” ~ Andrea LeVasseur, All Movie Guide