I saw it twice, you need to see it : “Romantic Warriors II : About Rock in Opposition” 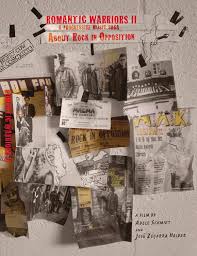 Five Bands: ‘Five rock groups the record companies don’t want you to hear’. This was the tag in the poster of the first RIO festival in 1978, symbolizing the anti-commercial stance of these bands and the ‘uncompromising’ character of their music. RIO bands embrace musical styles such as progressive rock, Zeuhl, improvisation, noise, avant rock, jazz, classical, folk and often extreme experimentation.