I saw it twice, you need to see it : “Negativland : No Other Possibility” 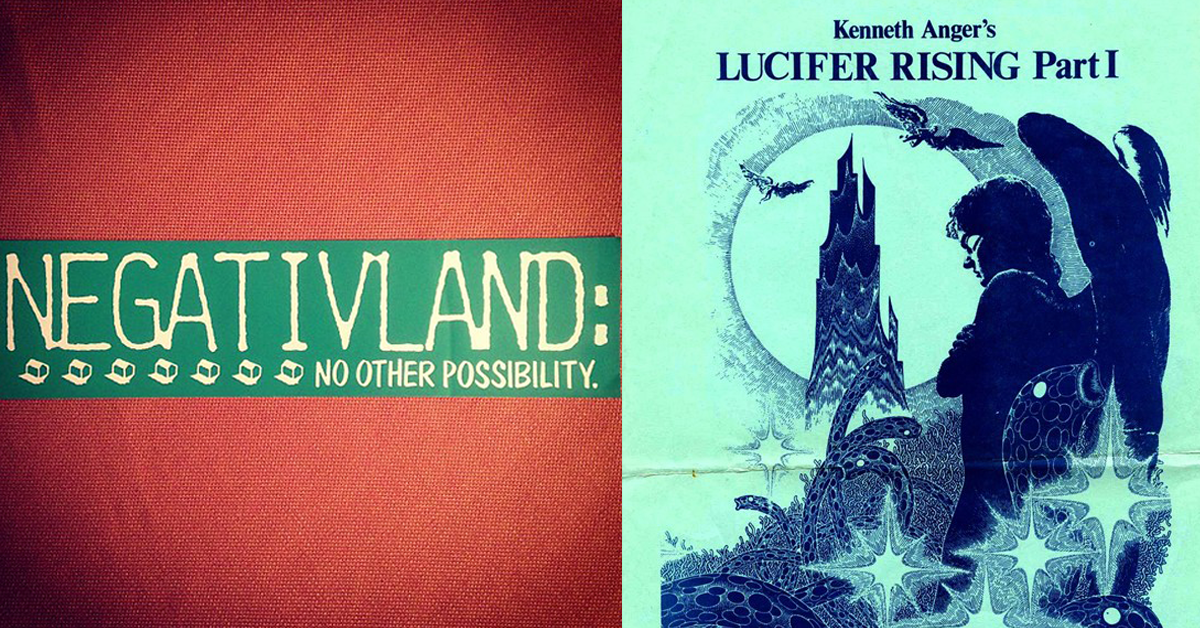 In an effort to cure her smoking habit a middle-aged woman discovers that she can communicate with her long lost son while watching a Halloween safety program on TV. After suffering a nervous breakdown, her husband, a used car salesman, is revitalized when he travels back in time to drive the first car he ever sold. Seventeen years later a powerful canned food manufacturer crashes the same car into a toaster truck while endorsing a brand of yams on live TV. At the funeral his clergyman experiences a crisis of faith when he and a lifelike Mexican continue their search for a married couple who have befriended an insect who enjoys drinking lime soda. They later meet a young man whose bizarre murder scheme involves four innocent members of an experimental rock band who have all given up smoking.

Egyptian gods summons the angel Lucifer – in order to usher in a new occult age.