I saw it twice, you need to see it: “Melon Brains: The Mind of the Dolphin” 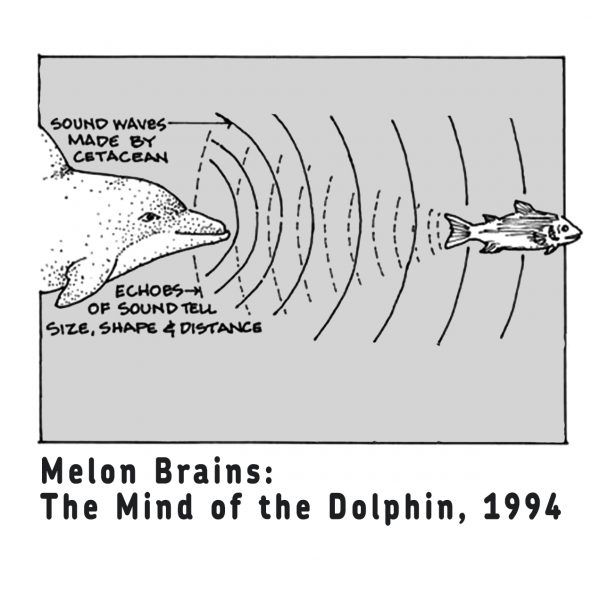 Screening music related films on Wednesdays. Donations are essential to keep this going.
30th of June
Melon Brains: Exploring The Mind Of The Dolphin (64 min.)  is a Sega Mega LD educational experience developed by Multimedia Creators Network and published by Pioneer LDC. Released in Japan in September 1994, it was later released in the United States the following November.”Exploring the relationship between human and dolphins”[2], it is a collection of dolphin-related videos, including documentary footage and interviews with dolphin experts. The name refers to the melon, a fatty mass on the front of many cetaceans‘ skulls which focuses sound and aids dolphins in communication.

Donation: from 3 Eur or more
https://emptybrainresalt.us