I saw it twice, you need to see it : “A l’intention de Mlle Issoufou a Bilma” 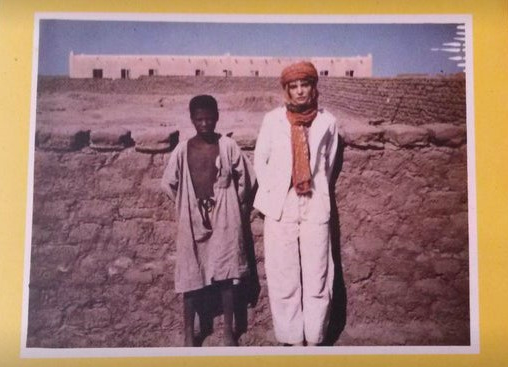 – “A l’intention de Mlle Issoufou a Bilma” –
Caroline de Bendern, 1971, 48 min
“For Miss Issoufou in Bilma” – A look into Africa that is rarely available to ethnographers or anthropologists. At its heart is the spirit of interaction. It observes, but with the wavering eye of home movie, rather than the fixed formality of a documentary.

– “Hypnerotomachia” –
Andrei Svislotski, 1992, 9 min
Introducing music of Mikhail Chekalin.
The plot appears to be a mush up of a man’s, a woman’s and a dog’s dreams. The title refers to this book: https://en.wikipedia.org/wiki/Hypnerotomachia_Poliphili

– “The Transparent Screen” –
Bernard Parmegiani, 1973, 20 min.
1973 video by Bernard Parmegiani with accompanying musique concrete score. The source is a VHS rip, the origin of which is unclear. “L’Ecran transparent” comes from a fruitful period of audio-visual art during a residency in Köln, after Parmegiani had returned from a tour of the U.S. The score can be found separately on a 3″ CD called “Musique Concrete Soundtracks to Experimental Short Films, Vol. 6.”