CV Vision & Captain of None 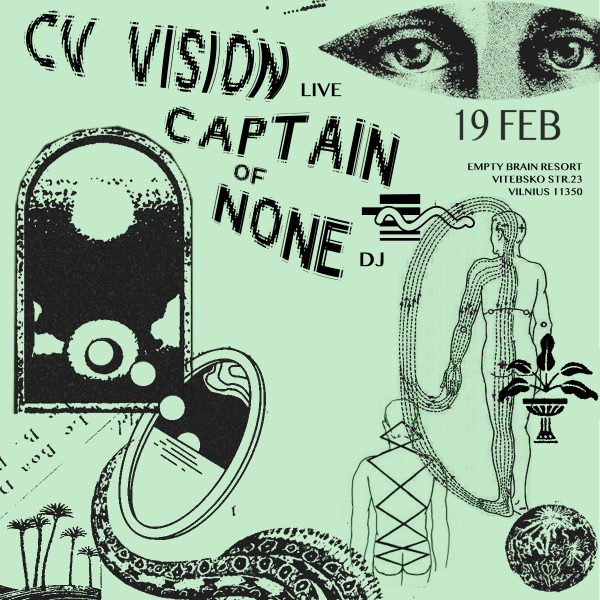 https://cvvision.bandcamp.com/album/insolita
As contemporary life accelerates way past peak-weird, CV Vision leans into uncertainty and leaves Earth in the rear-view. Strung out on Simulacron-3, World On A Wire and Omaggio Ad Einstein, the Berlin-based musician imagines his own Brave New World, an alternate eXistenZ in a secret simulation.
Using the space age obsession of the Italian libraries as a launch pad, Dennis Schulze slathers a sonic storyboard with ferocious percussion, psychedelic fuzz and the pastoral electronics of Germany’s Kosmische movement. But this is less Can, more uncanny – and Schulze perfectly renders the cognitive estrangement of a simulated reality through his adventurous production. The monolithic live drums, recorded in a Neukölln garage on a battered Soviet kit are smeared with tape hiss, compressed to death and fired through LFOs, re-materialising on record in impossible scale. Time slips out of joint under the wow and flutter of the reel to reel, drum computers add digital interference to organic rhythms and the unfaltering slew of the 303 lends the hallucinatory thrill of the club sound system to an already psychedelic affair.
As Schulze’s imagination runs free, we’re taken through epic space battles and narrow escapes, moments of reflection and affection and a final resolution, all expressed through a dexterous control of movement and mood. For every explosion of break-fuelled adrenaline, there’s a cruise into cryo-chamber music and holodeck exotica. For each neck-snapping blast of acid funk, there’s a zero gravity lullaby waiting just around the corner.
So put isolation on ice and surrender to the strange, this is a trip you don’t want to end. – Patrick Ryder

Captain of None (vinyl Set)