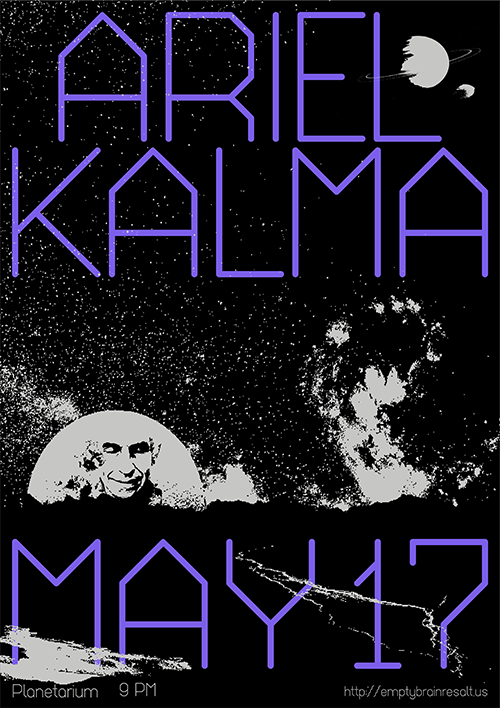 French-born composer Ariel Kalma moved through free jazz, progressive rock, drone, minimalism,
electroacoustic composition, field recordings, new age and more. Over 4 decades, he published
several vinyl LP’s, cassettes, and CD’s. His compositions have been used for modern dance-theatre,
films, musical poetry, guided meditations, transformational groups. Ariel Kalma has also played on
many albums in France – even throughout Europe, the US and recently Australia, where he lives.

Born and raised in Paris, France, Ariel started playing the recorder at age 9 and saxophone at 15. During his successive studies of Electronics, Computer Science, Music and Art in Paris, Ariel
performed with several bands, then toured the world and visited Europe, Japan, India, Eastern
Canada, and parts of the USA. Apart from rhythm &amp; blues, pop and jazz, he acquired assorted
experiences in middle-age French, electro-acoustic, and modal music. All the travels broadened
Ariel’s musical horizons tremendously; listening to and playing with different styles, people, and instruments, intricate scales, techniques, timing and rhythms.

After learning circular breathing from a snake charmer in India, Ariel practiced it on soprano sax – for many sleepless nights – in the basement of a cathedral in New York (when he was not playing upstairs on the large harmonium). Returning to France in late ’76, Ariel could include those endless notes into his own long-delay-effect system with which he toured, playing solo concerts. Ariel contributed to the birth of (then) new music genres: minimalist, space, ambient, new age, electronic etc.

With his passion for recording and sound, Ariel always had a home studio and was also technical
assistant to some of the composers at Paris’ GRM – Musical Research Group part of the INA
(Audiovisual National Institute), where he recorded some of his compositions.