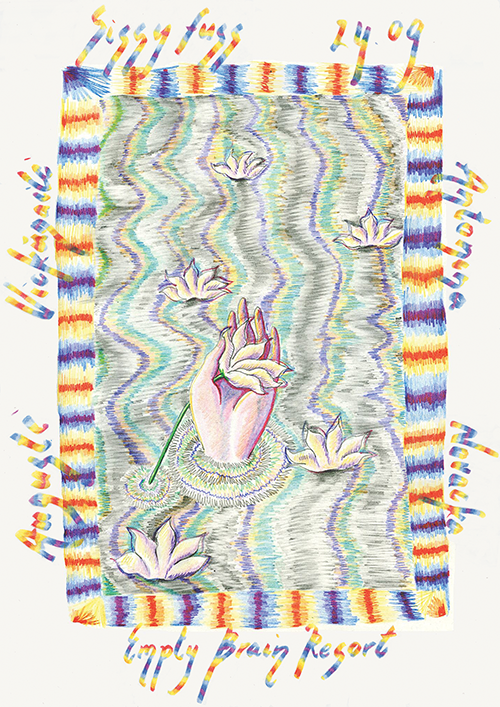 Antonina Nowacka is a Polish sound artist, best known for being part of the duo WIDT. She works mainly with the voice, treating it as an instrument and examining its relationship to spirituality and the outside world.

‘as the wurld makes & unmakes her bed thinks of something clever to say then leaves it unsaid’
Artist George Finlay Ramsay & composer Rudi Zygadlo present live for the first time ever the sound pome [sic] ‘Raven’s Reprise’, to be performed in pitch black.
Like a radio play but faster and louder. Verbal gymnastics & contrapuntal bubblegum do a dance with interspecies sex in Wallmart parking lots, punch-ups in Morley’s chicken shops & ancient myths dissolved into instagram memes.
https://www.georgefinlayramsay.com/raven-s-reprise

In her performance Auguste uses old reel-to-reel tape recorders. The content of the tapes is randomly found recordings as well as recorded material of various objects, field recordings, voice or instruments. Amplified mechanics of the tape machines and sounds of their malfunctions is part of the performance sound as well.
https://archive.org/details/@augustevi
ENTRANCE: 9 Eur
https://emptybrainresalt.us